One of the things that we feel really helps wanderLust Road groove is our localy created original art works.
In Salida the art season begins in june with Art Walk which begins june 22nd thru the 25th.
For terri and greg we have allways been big fans of art walk since having first participated in the early 90's, either as artists, venues and allways street musicians.
we love art walk!! and we are thrilled to be a venue for our second year as wanderLust road.
this year as a venue we will be featuring three locall artists beginning the first of june and will be displaying their arts for the remainder of the year.
as a venue for locally made art, craft, and repurposed items of which we allways display; with pride, we give 70% of all proceeds to the artists. so when you support the arts and crafts in wanderLust road you are trully supporting the craftsman themselves. and we all apreciate that......


this years featured artiststs include but are not limited to:


mark kneesKern; doodles, drawings, painting, folky, fun, and sometimes out of this world, or more specifically his dreams. 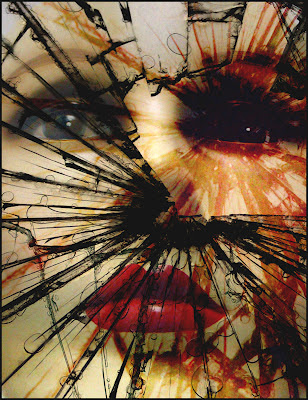 Mark is a creature of habit.  He wakes up and makes a sketch of the dreams he just had, dribbling dark nectar onto the blank page, forming a world not far removed from the scape of his dreams.  Into this dreamworld he dives, pushing abstract shapes into something representative of the strange happenings in his subconscious.  Characters emerge, some dripping with ectoplasm from the juicy tunnels of the past, some crackling and fresh, jumping lively out from the very ether, tumbling against geological hoodoos which form themselves instantaneously.  Ink pen, sunlight, and hatchet fly into the surface of his work, releasing trapped energy and pent-up emotion.  Laughter and anger bubble up like siamese lava, free from restraint, enlightening and burning everything in their path.  The whole thing explodes, sending a cascade of fluid, bodies, broken machines, memories, and reactions into whatever space remains.  Mark passes out, his mind free once again to create and frolic in that ultimate medium...the dream. 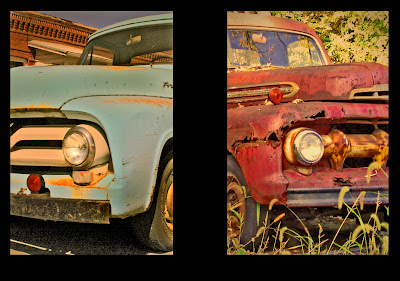 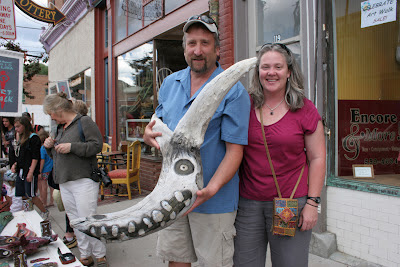 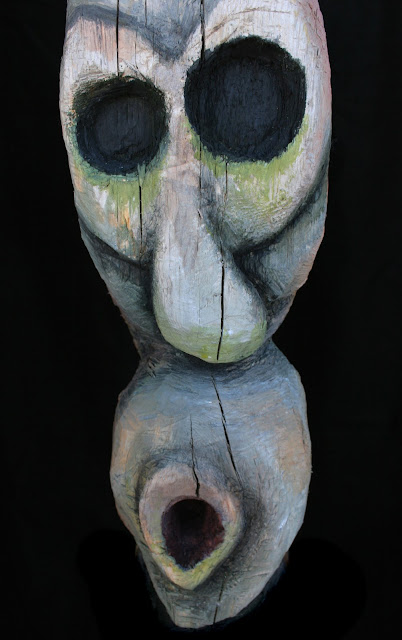 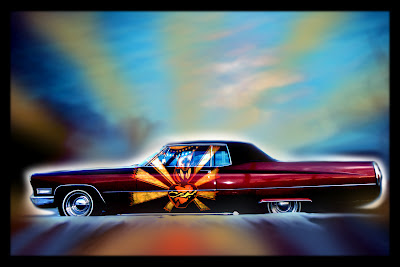 steve Flynn:
Not just a pin hole photographer but a painter of fine art, a culinary wizard, and first and foremost owner and vinter of Vino Salida a "damn tasty wine" 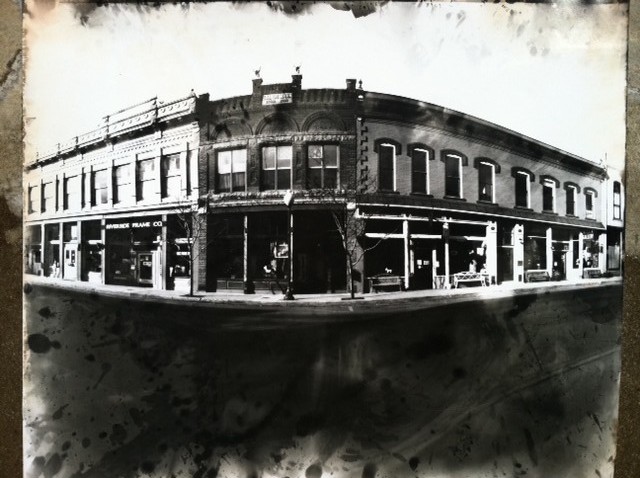 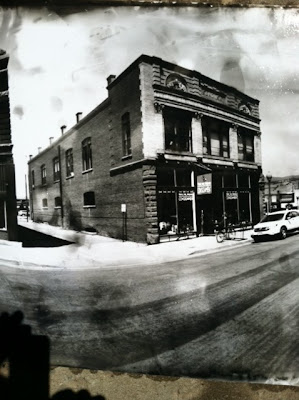 Steve grew up in Tupper Lake, New York photographing with Polaroid and 220 cameras. He studied photography and commercial illustration at Cazenovia College, earning an Associates of Applied Sciences degree in 1989. Steve finished his studies at the State University of New York College at Purchase with a Bachelor's degree in Sculpture in 1991, minoring in photography. This is where he built his first pinhole camera from a Quaker Oats can.

Mr. Flynn began making pinhole cameras from paint, oatmeal, Pringle, and garbage cans in 2005 right here in River City. He currently focuses on larger formats photographs (20”x24”), taking paper negatives from his garbage can pinhole camera. Then, he produces a final photograph by creating a contact print from the negative. Steve paints photographic chemicals (developer & fixer) on each piece of photographic paper in the darkroom, creating a highly energized and free-flowing work of art. 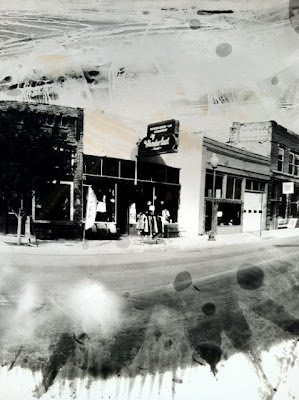 reminisant of the old tyme! 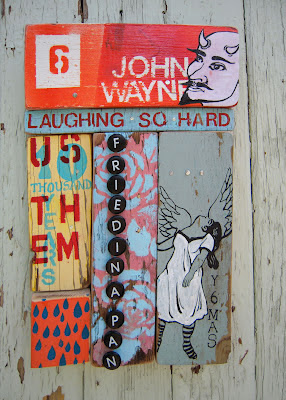 Brinkley Nelson Messick
“ive lived my whole life with the sense that something particularly fine was about to happen to me, something that would solve all my problems and make life simple and clear.  My earliest memories are filled with visions of this simplicity and clarity.  Even when the path ahead seemed tangled and dark I felt the promise of a full future and knew all I had to do was wait.  Thus everything I have ever done was temporary, part time, what I had to do until the expected came to pass” –wayne Sheldrake
…and for  me that expected comes to pass every time I finish a piece, every time I start a piece, every time an Idea for a piece swops down, dives in my ear, bounces around in my brain, tunnels down to my heart and manifests itself exploding out through my hands.  While this idea, this inspiration is still in its early stages bouncing around in my head, with every deflection it is affected and infected by the influences of a youth filled with skateboard graphics, punk rock t-shirts, posters, and album covers, the work of Shepard Fairey, jean Micheal basquiat, jose Guadalupe posada, Robert ebendorf, scott Sinclair, jimmy descant, gene messick and my mother Carolyn Nelson.  Continuing on,  the now slightly modified idea is once again transformed and morphed in my heart and mad mine with the help of a life heavily influenced by gravity, the south, hot water music, bob Dylan, patti smith,  wind and muscles, the folkway traditions of the southern Appalachians, subversive behavior through out history, futile struggles against impossible odds, the bouncing souls, the clash, social distortion, Edward abbey, woody Guthrie, the saint patricks batatalion, land reform revolt in latin America, and a list of new influences growing by the second.  The result explodes from my hands and is a reflection of who I am at that moment, what I believe is important, what I believe in, what I stand for and what I see as valuable.  I make this stuff hanging on the wall because I have to, because I need to, because the inherent need to is a driving force overwhelming and necessary.  My work is a reflection of a process, but not just the physical process of building, painting, cutting, pasting, drawing, whatever, but the reflection of the entire process based on the experiences that dictated how I got there, here, or wherever I want to be, what ever I want to show, how ever I want to show, how ever I need to show that idea that found its way to me.
I use a wide variety of media and an eclectic array of processes as well as materials. I use only found surfaces to work on because of the character they posses, the evidence left by the intended use of the material gives a unique jumping off point to each piece.  I gravitate to DIY types of processes that collectively mimic print making and mechanized processes but are each individual and unique.  Lots of stencils, masking, spray paint, sticker relief, collage, pen and ink, assemblage, colored pencil, acrylic, oil pastel,  appropriated language and images, original images and language. 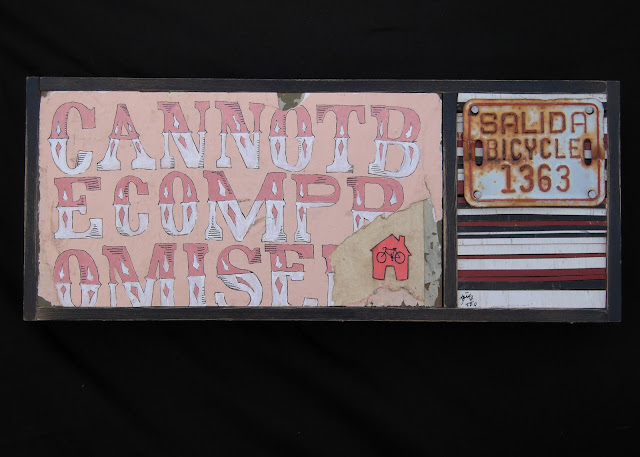 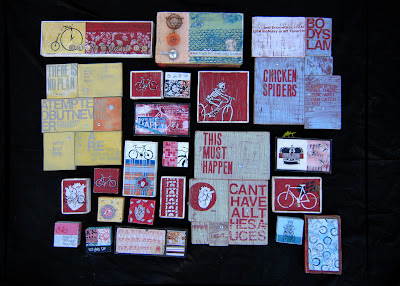 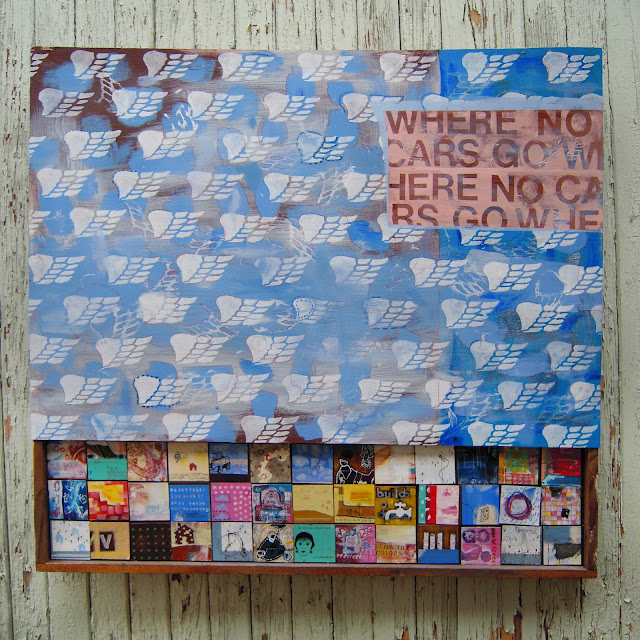 So there it is our art Walk line up!
stop on by, try some damn tasty wine, relax and if willing i'm sure we'll show you a mighty fine tyme.